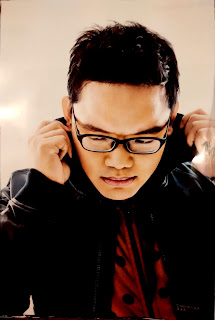 Edmund Yeo makes films in both Malaysia and Japan. His short films have won critical acclaim in major film festivals around the world. He was the youngest Malaysian director to ever compete at the Venice Film Festival in 2009 with his Japanese-language short “Kingyo”.

Numerous of his short films, “Exhalation”, “Last Fragments of Winter” and “Floating Sun” were screened at film festivals in Rotterdam, Dubai, Jeonju, Dubai and others.

Yeo holds a PhD. on global information and telecommunications studies from Waseda University. He is also the producer, editor and co-writer of Woo Ming Jin’s films “The Elephant and the Sea” (2007), “Woman on Fire Looks for Water” (2009), “The Tiger Factory” (2010), which premiered at Cannes Film Festival, and “Second Life of Thieves” (2014).

His debut feature film “River of Exploding Durians” premiered at the Main Competition section of the Tokyo International Film Festival 2014. The first Malaysian film in history to attain this honour.